Welcome to the Ergo Proxy Wiki!

Warning! This Wiki contain spoilers for the series, discretion is advised. 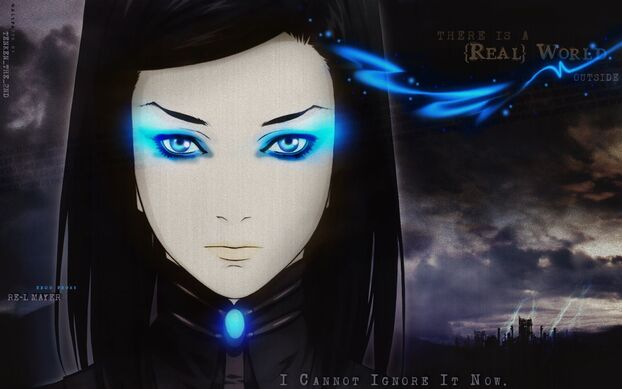 In an unspecified amount of millennia into the future, the world has long been ravaged by a cataclysm thousands of years ago, there exists a refuge on this ruined Earth -- a Domed City named "Romdeau" where humans and their android servants, the AutoReivs, live in a state of controlled peace. This constructed paradise that houses its wealthy citizens and unfortunate immigrants is ruled by a Regent and his governing council. They demand that complete order and servitude is kept within Romdeau to keep chaos at its gates at bay. However, this utopian landscape is soon shattered by a series of horrifying murders. Re-L Mayer, a female inspector from the Citizen Information Bureau, along with her AutoReiv entourage Iggy, are tasked to solve the murder cases. When Re-L and Iggy investigate the latest crime scene, Re-L is attacked by a mysterious creature, neither human nor AutoReiv, that is seemingly drawn to her. She begins to learn the truth about the mysterious creatures that are simply referred to as "Proxies" and what they truly are.

The series takes place in a post-apocalyptic future of Earth, focusing on the aftermath of a global ecological disaster. The apparent cause of this travesty was rapid climate change due to a string of explosions in methane hydrate reserves. Occurring during the second half of the 21st century, the impromptu detonations succeeded in wiping out 85% of the planet's Human population.

In order to survive, the remaining Humans made 300 Proxies in an event known as the Proxy Project and charged them with the creation of another Human race; they were to be nurtured within Dome Cities of the Proxies' establishment. These sealed off communities contained a birthing system called the WombSys as well as AutoReivs, two factors intended to aid and propagate the fledgling species. Once the Proxies were sent forth, the original Humans left Earth for another planet, biding their time until they were certain that Earth was safe for both Human races to settle. Their purpose completed, the then obsolete Proxies would have their immortal Amrita Cells destroyed by the emerging sun's deadly rays, unable to live under blue skies and therefore stamped out as relics of the past.

However, the Proxies proved to be an imperfect creation. The Humans that they endeavored to produce and support took on their authors' defects, becoming flawed creatures as well. Due to such factors, Humanity's population continued to plummet with the gradual loss of the Domes' populations, their Proxy guardians succumbing to sorrow, rage, and insanity.

Thousands of years later, the story of Ergo Proxy follows Re-L Mayer, Vincent Law, and Pino as they journey to find the truth that has been lost about their world and themselves. By this time, Earth has only worsened; a plague called the Cogito Virus spreads amongst the AutoReiv populations, the remaining Dome Cities are steadily failing, and Romdeau's regent Donov Mayer is naught but an ersatz ruler.

Community content is available under CC-BY-SA unless otherwise noted.
Advertisement